So Tobler can’t afford to alienate any more health care workers, but he believes a Covid-19 vaccine mandate could do just that. Such a requirement won’t make his unvaccinated staff get the shot, he says. It will make them quit.

“Our reality is we need staff to work. And in return for your working, we’re not going to ask you to get a vaccine mandate,” he told CNN. “There were people in the hospital that freely shared that if the vaccine mandate happened on our account or on anyone else’s, they would not work here. That’s just something they weren’t going to put in their body.”

These are arguably the most crucial group of workers to have inoculated, because the vaccines would protect them and their patients, and keep the staff healthy so they can continue working. That’s why they were among the first to be offered a Covid-19 vaccine.

There are indications that vaccine compliance is high among health care workers. Many professional health care associations have surveyed their members, the majority of whom have said they are already vaccinated. But despite evidence vaccines are safe and effective, some health care workers have resisted.

At Scotland County Hospital in rural northeastern Missouri, the difference is stark: Just 60% of the staff is vaccinated, according to the hospital.

Among those who are not is Sheila Balch, who works the hospital’s front desk and is often the first person people see when they arrive. So far, she has decided not to get a Covid-19 vaccine, but that’s not because she doesn’t think the virus is a threat, she told CNN.

“I do believe Covid is terrible. I believe it’s dangerous,” she said. “I watch people every day. And I watch the fear in people’s eyes every day … But I do not think the government has the right to step in and mandate and tell us what we have to do.”

Asked what she would do if Scotland County Hospital mandated that she get vaccinated, Balch said she’d look for another job. She doesn’t want to, she added — she cares for her patients and the people she works with.

“But at the same time, I’m not going to personally go against something that I feel very, very deeply in my soul, would hurt me,” she said.

Mandate ‘is going to backfire’

The vaccine mandate announced last month could apply to as many as 100 million Americans, including the 17 million health care workers at facilities that receive funds from Medicare and Medicaid, like hospitals, home care facilities and dialysis centers.

The Centers for Medicare & Medicaid Services (CMS) is still working to develop the rule for the mandate, and it won’t likely be issued until some time later this month. But CMS is urging health care workers in these facilities to begin getting vaccinated immediately.

“I criticized President Biden’s mandate,” Tobler said. “I thought it was a mistake, because I think it’s going to backfire.”

After losing nearly 18% of his nurses during the pandemic, Tobler believes that not requiring the employees to be vaccinated helped prevent the hospital from losing more workers.

“A lot of people were pleased that we honored their right to choose what they want to do with their body,” he said. “And I think that may have helped retain some staff that may have been tempted to jump to other places because of salary or what they perceive as different working conditions.”

Still, Tobler can’t make sense of why so many won’t get vaccinated. For people who have rejected inoculation or remain on the fence, he says, watching a loved one or someone they know get seriously ill or die is often the catalyst that changes their mind.

But even that won’t convince these health care workers, who have spent months watching and caring for Covid-19 patients.

Balch couldn’t be convinced by her own doctor, Shane Wilson, who also works at Scotland County Hospital.

He’s talked with staff members who don’t want the vaccine, and most of them remain skeptical over what they consider to be unknowns, like whether they will have health problems in the future as a result. (Health experts have said any adverse side effects from a vaccine usually show up within at least the first two months.)

‘We’re going to be short a lot of nurses’

Tobler feels his approach is simply a reflection of the community where he and his staff live and work: Just 23% of the population of Scotland County has been fully vaccinated, according to data from the US Centers for Disease Control and Prevention.

Curt and Jamie Triplett, two brothers who co-own a farm in the area, aren’t among them. Curt Triplett told CNN he has no problem with the vaccine, but he thinks it’s been turned into a “political football,” and that has turned off some rural Americans.

Jamie, meantime, said he’s not vaccinated because “I just feel like my risk of being exposed to Covid and what it would do to me is not greater than the risks of the vaccine.”

Over breakfast at Lacey’s Family Diner, Ricky Fowler and Stan Barker told CNN they have both gotten vaccinated. Fowler got his vaccine “right off the bat, as soon as I could,” he said, and Barker said he feels “more secure after getting the shot that I won’t get (Covid-19).”

But a third man at their table, Alan — who declined to give his last name — isn’t convinced. He has not gotten a Covid-19 vaccine, and he doesn’t believe they’ve been proven to be safe, even after the vaccine by Pfizer/BioNTech received full approval by the US Food and Drug Administration.

Alan’s daughter, a nurse at Scotland County Hospital, also hasn’t been vaccinated, he says, despite working and caring for Covid-19 patients through the pandemic.

A mandate, he said, would “violate my constitutional right. And where Shelby works, my daughter, she’ll just quit … so will, like, three or four others.”

Back at Scotland County Hospital, Balch echoed that, saying a mandate would hurt health care workers and the care they provide.

“If you lose your health care workers,” she asked, “then who’s going to take care of the people that do have this disease?”


Source link
Tags
A Covid-19 vaccine mandate won't force staff at this rural Missouri hospital to get the shot CEO says. It will make them quit - CNN us
October 12, 2021 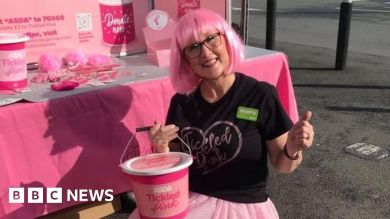 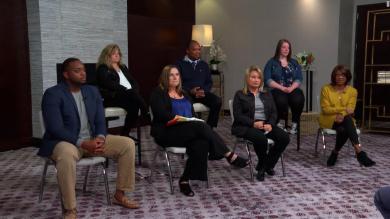 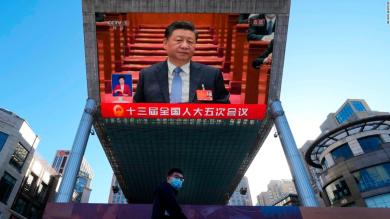 This was supposed to be Xi Jinping’s big year. Instead, he’s dealing with Covid and war 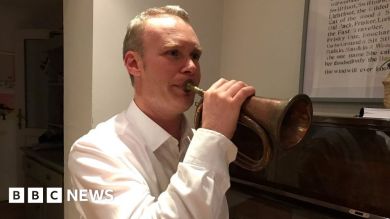