A walk-out by more than 7,000 nurses at two major New York City hospitals began at 6 a.m. ET Monday after talks aimed at averting a strike broke down overnight.

Tentative deals had been reached in recent days covering nurses at several hospitals, including two new agreements late Sunday evening. But talks with Mount Sinai hospital on the Upper East Side in Manhattan and at three locations of the Montefiore Medical Center in the Bronx, failed overnight.

“After bargaining late into the night at Montefiore and Mount Sinai Hospital yesterday, no tentative agreements were reached. Today, more than 7,000 nurses at two hospitals are on strike for fair contracts that improve patient care,” the New York State Nurses Association said in a Monday statement.

Both hospitals said earlier on Monday morning that efforts to reach an agreement were unsuccessful.

“NYSNA leadership walked out of negotiations shortly after 1 a.m. ET, refusing to accept the exact same 19.1% increased wage offer agreed to by eight other hospitals, including two other Mount Sinai Health System campuses, and disregarding the governor’s solution to avoid a strike,” Lucia Lee, a spokesperson for Mount Sinai, said in a statement to CNN.

Montefiore said it was “a sad day for New York City.”

“Despite Montefiore’s offer of a 19.1% compounded wage increase — the same offer agreed to at the wealthiest of our peer institutions — and a commitment to create over 170 new nursing positions … NYSNA’s leadership has decided to walk away from the bedsides of their patients,” the medical center said in a statement.

But while the union has agreed to the same raises at other hospitals, it said its major complaint at Mount Sinai and Montefiore is that nurses were being overworked and facing burnout.

“We need management to come to the table and provide better staffing,” NYSNA President Nancy Hagans said in a press call Sunday afternoon.

The union insists it is striking in an effort to improve patient care.

“Going into the hospital to get the care you need is NOT crossing our strike line. Patients should seek hospital care immediately if they need it,” it said in the statement. “We would rather be the ones providing that care, but our bosses have pushed us to be out here instead.”

According to Hagans, Montefiore has 760 nursing vacancies, adding that “too often one nurse in the emergency department is responsible for 20 patients instead of the standard of three patients.”

On Sunday evening, New York Gov. Kathy Hochul had urged the management and the union to agree to binding arbitration as a way of avoiding the strike. Although the management of the two hospitals embraced the idea, the union did not.

“We will not give up on our fight to ensure that our patients have enough nurses at the bedside,” the union said in response to Hochul’s arbitration suggestion.

New York Mayor Eric Adams had encouraged all parties on Sunday night to “remain at the bargaining table for however long it takes to reach a voluntary agreement.”

The hospitals have been preparing for a strike since the nurses union gave notice of its plans 10 days ago. The affected hospitals plan on paying temporary “traveling” nurses to fill in where possible and some had already begun transferring patients.

Montefiore released a notice to staff, obtained by CNN, telling nurses how to quit the union and stay on the job if they wanted to continue to care for their patients.

Mount Sinai, which operates two hospitals that reached deals Sunday evening in addition to the one still facing a strike, started transferring infants in the neonatal intensive care unit at the end of this past week. Hospitals facing the possibility of strikes had already taken steps to postpone some elective procedures.

The union says the hospitals will be spending more on hiring temporary nurses at a significantly greater cost. It argues the hospitals should agree to their demands to hire more staff and grant the raises the union is seeking.

“As nurses, our top concern is patient safety,” Hagans said in a statement Friday. “Yet nurses … have been forced to work without enough staff, stretched to our breaking point, sometimes with one nurse in the Emergency Department responsible for 20 patients. That’s not safe for nurses or our patients.”

The hospitals say they are doing what they can to hire more nursing staff.

“Mount Sinai is dismayed by NYSNA’s reckless actions,” Mount Sinai said in a statement Friday. “The union is jeopardizing patients’ care, and it’s forcing valued Mount Sinai nurses to choose between their dedication to patient care and their own livelihoods.”

Nurses at the first hospital to reach a tentative deal, New York-Presbyterian, ratified that agreement in a result announced by the union on Saturday. It was a close call with 57% of nurses voting yes and 43% against. The tentative deals reached over the last few days still need to be ratified by rank-and-file union members before they can take effect.

Strikes have become more common nationwide, as tight labor markets and unhappiness with work conditions have prompted unionized employees to flex their muscles more often at the bargaining table.

Numerous nursing strikes were among the recorded work stoppages, with many unions citing instances of burnout and health problems among members.

Four out of the 20 strikes reported by the Labor Department last year involved nurses unions. The largest was a three-day strike by the 15,000 members of the Minnesota Nurses Association involving 13 hospitals in the state. 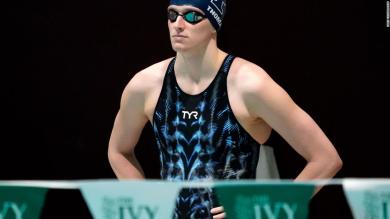 Lia Thomas: How an Ivy League swimmer became the face of the debate on trans women in sports 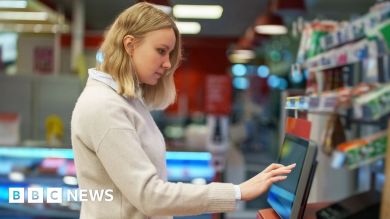 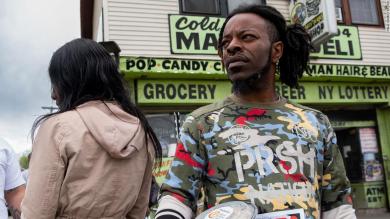 Buffalo’s Black residents receive warm embrace after mass shooting, but worry about what happens ‘when the hugs stop’ 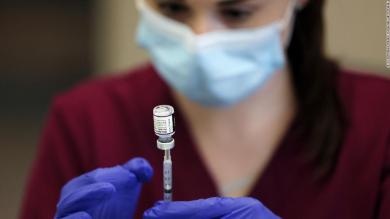