Here’s what you need to know to Get Up to Speed and On with Your Day.

(You can get “5 Things You Need to Know Today” delivered to your inbox daily. Sign up here.)

The southern Ukrainian city of Odesa came under heavy attack yesterday, as Russian forces deployed cruise missiles — including Russia’s new hypersonic Kinzhal missiles — that destroyed two hotels, a shopping center and a warehouse. One person died and five were hospitalized, according to Ukrainian officials. Separately, the World Health Organization has verified 200 attacks on health care facilities in Ukraine since the start of Russia’s invasion. In an effort to help Ukraine combat Russian aggression, President Joe Biden has called on Congress to “immediately” pass a nearly $40 billion Ukrainian aid bill, warning for the first time that existing aid will run out in “approximately ten days.” The House of Representatives is set to consider the aid package today, House Majority Leader Steny Hoyer said.

The nationwide search for a former Alabama corrections officer and the inmate she disappeared with ended yesterday when Vicky White died from a self-inflicted gunshot wound, officials said. Vicky White, 56, and Casey White, 38, were captured in Evansville, Indiana, following a car chase with authorities who tracked them down following a tip that came from the public. The chase ended when a US Marshals task force member drove a vehicle into the car the pair were in. Officers were able to remove the inmate from the wrecked car, but Vicky White was pinned inside with a gunshot wound to her head. Casey White reportedly told authorities to help “his wife” who had shot herself and told them he didn’t do it. The pair’s capture brought to a close a lengthy manhunt that gained widespread attention.

Ferdinand Marcos Jr., the son and namesake of the late dictator, is on the cusp of winning the Philippines presidential election by a landslide, preliminary and unofficial results show. With more than 95% of the votes counted, Marcos Jr. has about 30 million votes, more than double that of his closest rival, the outgoing Vice President Leni Robredo, according to a partial and unofficial tally reported by CNN Philippines. Official results, however, could take weeks to be confirmed. Known as “Bongbong” in the Philippines, Marcos Jr.’s win would return the Marcos dynasty to the Malacañang Palace 36 years after the family fled a mass uprising. His father’s 21-year rule was marked by human rights abuses and widespread corruption.

US stocks fell sharply yesterday, pushing the S&P 500 below the 4,000 mark for the first time in more than a year as traders anticipate a new load of bad news on inflation and earnings. The Dow fell about 654 points, or nearly 2%. The S&P 500 dropped 3.2%, and the Nasdaq Composite lost about 4.3%. The moves follow an incredibly volatile week on Wall Street and marks the fifth straight week of losses for all three major US stock indexes. “I’ve been in the markets for 25 years and I’ve never seen anything like this,” said Danielle DiMartino Booth, CEO and chief strategist for Quill Intelligence, a Wall Street and Federal Reserve research firm. “It’s violent not just volatile.”

Three Americans died of unknown causes at a Sandals resort on the Bahamas’ Great Exuma island Friday. Officials are conducting autopsies to learn more about how the travelers — two from Tennessee and one from Florida — died over the course of one evening. A fourth American, the wife of the Floridian who died, was airlifted to the nation’s capital of Nassau for further treatment before being transferred stateside. No signs of trauma were found on the bodies, the Royal Bahamas Police Force said in a statement to CNN, and the circumstances remain under police investigation.

Going, going, gone! One of Andy Warhol’s most recognizable works just became the most expensive 20th-century artwork ever sold at auction.

It’s never too late. The “Black-ish” actor, who is 51, credited his son for encouraging him to go back to school.

Bravo! These Broadway productions received the most nods this year.

Prince Harry shows off his acting skills in new video

Ms. Markle, spill the tea! Did you give your husband some acting tips?

Top 10 hotels in the world and the US for 2022, according to Tripadvisor

Calories don’t count when you’re on vacation, right? Imagine all of the incredible cuisine options at the world’s best hotels.

That’s how many barrels per day of crude oil will be cut off to Europe if the EU bans Russian oil imports, according to the International Energy Agency. As Europe tries to wean itself off Russia’s oil, Middle Eastern nations appear to be the only producers with enough capacity to compensate for the shortfall. Oil analysts, however, caution that the region may not be able to come to Europe’s rescue.
CNN has launched Meanwhile in the Middle East, a free newsletter from our experts across the region. Three times a week we’ll send you an inside look at the biggest stories and trends in the Middle East and what they mean for your world. Sign up here!

“The lake has drained dramatically over the last 15 years. It’s likely that we will find additional bodies that have been dumped in Lake Mead.”

— Las Vegas Metropolitan Police Homicide Lt. Ray Spencer, commenting on the discovery of body in a barrel in Lake Mead earlier this month. More human remains were found over the weekend in the country’s largest reservoir. Around 40 million people in the West rely on water from the Colorado River and its two largest reservoirs — Lake Mead and Lake Power — where levels have plunged over the past few years amid a climate change-fueled megadrought. 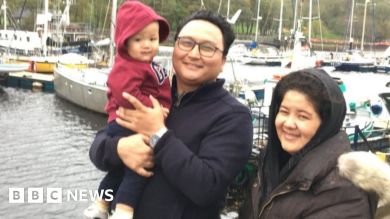 The Afghans building a new life in the Hebrides 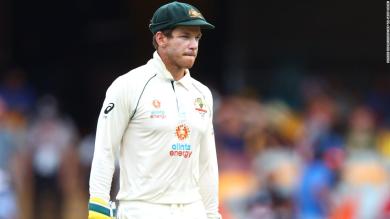 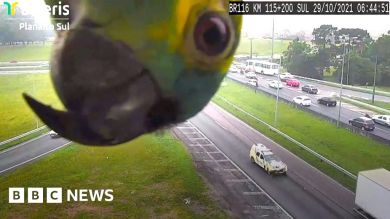 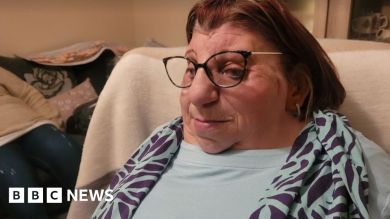