Speaking to a high-level summit here of Indo-Pacific leaders, Biden underscored the grave consequences of a war that continues to grind forward, despite withering sanctions from a mostly-united West. The message, delivered in a region watching closely for signals of how the US may respond to aggression from China, was one of resolve.

“We’re navigating a dark hour in our shared history,” Biden said as he sat facing the leaders of India, Australia, and Japan.

Biden warned that Russian President Vladimir Putin is “trying to extinguish a culture,” pointing to Russia’s targeting of Ukrainian schools, churches, and museums. And he said the conflict had touched the entire world.

“This is more than just a European issue,” he said. “It’s a global issue.”

The war in Ukraine served as an uneasy backdrop to Biden’s trip in Asia, which ended Tuesday when Air Force One departed Japan to begin the lengthy journey home. The conflict has consumed his time and attention, even as he worked to reaffirm his goal of reorienting US foreign policy toward the Pacific.

At the same time, Biden is hopeful the US-led response to the war — which has included partners like Japan and South Korea, which he visited this week — and Russia’s stumbles on the battlefield will be viewed as a cautionary tale in Beijing.

Biden attempts to clean up his warning to China over Taiwan

On Monday, Biden offered his most explicit warning to China, saying the US would be willing to respond militarily if the country invades the self-governing island of Taiwan. Biden’s statement loomed over his final day in Tokyo, where he was meeting with the leaders of Japan, India and Australia as part of a revitalized Quad Leaders’ Summit.

While acknowledging the US still agrees with the “One China” policy, Biden said on Monday that the idea of Taiwan being taken by force “is (just not) appropriate.”

A day later, Biden told reporters the US policy of “strategic ambiguity” had not changed. But he did not offer any qualifications on his earlier statement, saying only the US stance remains the same.

“The policy has not changed at all and I stated that when I made my statement,” Biden said at an event with Quad leaders.

Several of Biden’s top administration officials had been caught off-guard by the remarks on Monday, multiple aides told CNN, adding that they were not expecting Biden to be so unequivocal. The White House quickly downplayed Biden’s comments, saying they don’t reflect a change in US policy. It’s the third time in recent months — including during a CNN town hall in October — that Biden has said the US would protect Taiwan from a Chinese attack, only to have the White House walk back those remarks.

Under the “One China” policy, the US acknowledges China’s position that Taiwan is part of China but has never officially recognized Beijing’s claim to the self-governing island of 23 million. The US provides Taiwan defensive weapons but has remained intentionally ambiguous on whether it would intervene militarily in the event of a Chinese attack.

Tensions between Beijing and Taipei are at the highest they’ve been in recent decades, with the Chinese military sending record numbers of warplanes near the island.

Biden’s comments quickly caught the Chinese government’s attention, with China expressing its “strong dissatisfaction and firm opposition” to Biden’s comments, saying it will not allow any external force to interfere in its “internal affairs.”

“On issues concerning China’s sovereignty and territorial integrity and other core interests, there is no room for compromise,” said Wang Wenbin, a spokesman for the Chinese Foreign Ministry.

“We urged the US side to earnestly follow the One China principle … be cautious in words and deeds on the Taiwan issue, and not send any wrong signal to pro-Taiwan independence and separatist forces — so it won’t cause serious damage to the situation across the Taiwan Strait and China-US relations.”

China’s Taiwan Affairs Office spokesperson Zhu Fenglian added, “We urge the US to stop saying or doing anything in violation of the One China principle and the three China-US Joint Communiqués. … Those who play with fire will certainly burn themselves.”

Beijing has also criticized the Quad grouping as an “Indo-Pacific NATO,” accusing it of “trumpeting the Cold War mentality” and “stoking geopolitical rivalry.”

Ahead of Tuesday’s talks, a senior US administration official stressed the grouping is not a formal alliance bloc, without a central secretariat or headquarters.

“The goal here is not to create a lot of formal structures. The goal is to find ways to work together on issues that are of interest to the region,” the official said, adding it was too soon to discuss expanding the grouping beyond the four current participants.

Still, Biden and the other leaders unveiled new initiatives on maritime information sharing, Covid vaccines and climate as part of their meeting. And Biden’s aides view the Quad as a critical component to a foreign policy strategy that puts heavy emphasis on cultivating relationships in Asia.

Biden also met individually with India and Australia’s Prime Ministers Tuesday before returning to Washington. Prime Minister Anthony Albanese became Australia’s leader only days ago, and US officials have been cheered by his willingness to make his first order of business the Quad summit.

“I don’t know how you’re doing it,” Biden told his new counterpart.

Talks with India’s Narendra Modi were likely to be more fraught as he resists US pressure to condemn Russia for its war in Ukraine. India relies of Moscow for the majority of its arms purchases, a historical partnership that it is reluctant to break.

At the start of the meeting, Biden said he and Modi would discuss the effect the war has had “on the entire global world order.”

“The US and India are going to continue consulting closely on how to mitigate these negative effects,” Biden said.

The President has spent his trip to Asia meeting with South Korean and Japanese leaders, discussing a potential ramp-up of joint military drills with South Korea and unveiling the Indo-Pacific Economic Framework — a long-sought economic agenda among 13 nations.

The visit comes later in Biden’s presidency than he might have liked, according to officials, who say Covid restrictions and the pull of other crises made it difficult to schedule a trip. He is the third US president in a row to attempt a foreign policy refocus on Asia, though intervening events have often gotten in the way.

Despite the focus on Ukraine, officials say Biden remains intent on realigning US foreign policy toward the challenges of the next decades. That includes, most urgently, building the type of alliance structure in Asia that already exists among transatlantic allies and has formed a mostly united bulwark against Russia following its invasion of Ukraine.

Yet there is not currently an Asian equivalent to NATO, which has provided critical structure to the Western response to Russia’s aggression. And China has been working hard over the past years to cultivate countries in the region as it flexes its regional power.

Biden has taken several steps to counter those moves — revitalizing the Quad; sharing, for the first time, sensitive US nuclear-armed submarine technology with Australia; and last week hosting a summit of Southeast Asian leaders at the White House to discuss trade and security.

Yet it’s far from clear those steps have done much to contain China’s ambitions. And some analysts have pointed to parallels between Russia’s invasion of Ukraine and fears over the future of Taiwan.

CNN’s Donald Judd and Nectar Gan contributed to this report. 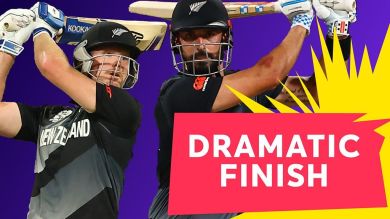 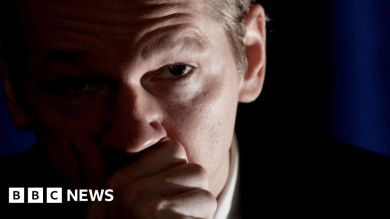 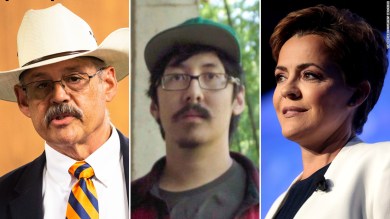 Some Arizona Republicans embrace election conspiracies as they bow to Trump